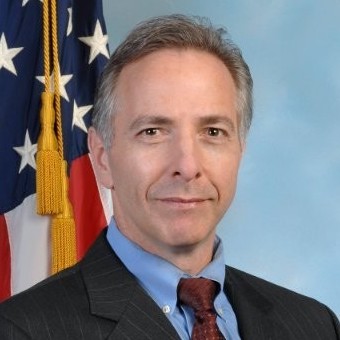 Robert is a retired FBI Supervisory Special Agent with more than 24 years’ experience in intelligence, investigations, and security. Robert’s diverse FBI career focused on leading intelligence driven investigations and operations focused on global threats in the areas of cyber, counterterrorism, transnational organized crime, and economic espionage, as well as leading teams and operations both domestically and internationally. Throughout Robert’s FBI career, he established effective collaborative partnerships with domestic law enforcement counterparts, international counterparts from more than 30 countries, and corporate partners. Internationally, Robert completed tours of service in both Vienna, Austria, and as the Legal Attaché in Beijing, China. As a Certified FBI Intelligence Officer, Robert is an experienced intelligence leader proficient in the application of intelligence-based solutions to facilitate the identification and mitigation of security threats, and in the integration of intelligence into the operational planning and decision- making processes. Throughout his FBI career, Robert developed and trained teams in the effective use of the threat intelligence lifecycle at the tactical, operational, and strategic levels.
Scroll to top
We use cookies on our website to give you the most relevant experience by remembering your preferences and repeat visits. By clicking “Accept”, you consent to the use of ALL the cookies.
Do not sell my personal information.
Cookie SettingsAccept
Manage consent