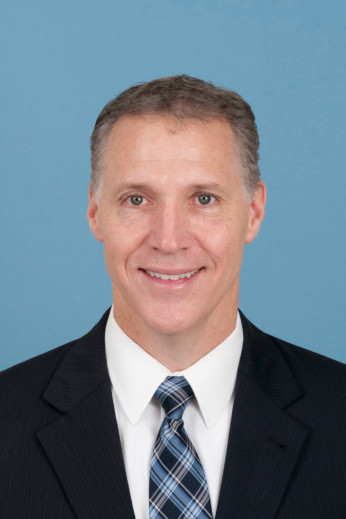 Dan Morrison has served the United States as an intelligence and law enforcement officer for nearly 30 years. He began his career as a case officer for the Central Intelligence Agency (CIA), where he gained extensive international experience countering foreign intelligence service actions and capabilities.  For over 20 of those years, Dan worked as a Special Agent with the Federal Bureau of Investigation (FBI).  Dan served in a number of roles in the FBI as a case agent, tactical operator, bomb technician, Legal Attaché and Supervisory Special Agent.  Through these assignments he gained in depth, real-world expertise in the fields of counterintelligence (CI), counterterrorism (CT) investigations and crisis management.

Due to his deep knowledge of state-sponsored terrorism and foreign intelligence service tradecraft gained during his time at CIA, Dan was assigned by the FBI to the Joint Terrorism Task Force (JTTF) prior to the 1996 Olympics.  During his tenure on the JTTF, Dan was intimately involved in numerous terrorism investigations to include the bombing of Centennial Olympic Park, separatist movements, and was designated as the principal case agent for the 9/11 terrorist attacks for the FBI Atlanta Division.

In 2003, as a Special Agent Bomb Technician, Dan was transferred to the FBI Crisis Response Squad and was tasked to join the team developing the tactical and bomb response plans and logistics for the 2004 G-8 Summit.

Throughout his career, Dan has held planning and leadership roles at numerous U.S. and international Special Events such as NFL Super Bowls, the Olympics, G-20 Summit, and U.S. political conventions.

In 2005, the FBI Director appointed Dan to be the Assistant Legal Attaché for CI and CT matters at the U.S. Embassy in London, England.  For 5 years, Dan served as the primary point of contact to the U.S. intelligence community in London and all U.K. partners responsible for CI and CT matters.  Dan was the recipient of the United States National Intelligence Exceptional Achievement medal for his actions in London.  In 2012, he returned to London as an on-scene commander and the FBI liaison for the 2012 Summer Olympics.

In 2010, Dan departed London and returned to FBI Atlanta as a Supervisor over the CI program.  As the leader of this team, he began a new venture with key law enforcement and intelligence partners by establishing the first Counter Proliferation Strike Force in the nation which targeted the illegal acquisition of proprietary materials being sought by unfriendly nation states for military and economic applications.

In 2014, Dan was designated the Supervisor of the Crisis Response Squad overseeing all Crisis Management, WMD, HAZMAT, bombing, evidence recovery, hostage negotiations, and SWAT operations.  In this role, he ensured that all team members maintained an immediate, coordinated and rapid response capability to the entire spectrum of critical incidents.

Throughout his career, Dan has performed extensive, worldwide training and has conducted operations with military and law enforcement personnel from numerous countries.  In 2017, Dan was selected as the sole FBI employee to attend the Asia-Pacific Center for Security Studies where he attained a fellowship in the program of Comprehensive Crisis Management.